Why I choose balanced training

I’m writing this blog post because it’s something I’ve wanted to discuss for a long time. It’s a topic I touch briefly on within the website, and I will openly tell anyone who asks about it. But I’ve never gone into detail on why I chose to use balanced training methods and very few people are privvy to the mistakes that I made early on in training. My goal in writing this post is to be very open and honest about what I do, how I do it and why.

I am a balanced trainer.
When I first started training dogs as a young girl, I used common sense and I did what felt right. I worked with my dogs, my neighbors’ dogs, and just about any dog I could get my hands on. In the military, I worked with dozens of rescue and shelters dogs. After a few years of working on obedience, tricks and other types of training, I started to think that I was pretty darn good at training dogs.

Then I adopted Zoey.
And she turned my whole world upside down. She was a mess. At just five months old, she was afraid of everyone and everything. Everything I tried to do was backfiring on me, and I ended up frustrated and confused. I wanted so badly to help Zoey, but I didn’t know how. I was in over my head. That’s when I came to a crossroads: Keep the dog and help her, or give her to someone who can. Giving her away meant admitting defeat and giving up the dog I’d come to love. So really, I only had one option: Keep her and do whatever it takes to help her.

That’s when I discovered Cesar Milan.
He became my new idol. I wanted to know everything there was to know about dog training, and surely Cesar was the man to learn from. He worked with the toughest red-zone cases, the dogs everyone else had given up on. I watched every single episode of the “Dog Whisperer.” Over and over and over. I took notes, I watched the episodes in silence to pay closer attention to the dogs’ body language. I memorized the way he said things, when he said things, and why.

Then I applied his techniques to Zoey.
And failed. No matter how hard I tried to help her, and no matter how many of Cesar’s techniques I used, she wasn’t getting any better. I’m not ashamed (anymore) to tell you that I used alpha-roling, dominance and flooding in an attempt to establish myself as pack leader and show her who’s boss. Clearly a dog that wants to attack kids, and who growls at strangers, has dominance issues…right?

Wrong.
Zoey was insecure, and her insecurity was displayed in the form of aggression. In my own naivety, I had thrown away what made sense, what I felt was right, and I had clung to every word that Cesar said. I wanted so badly to help Zoey that in doing so, I had failed her.

That’s when I came to yet another crossroads. I realized that I was in fact a good dog trainer. But there is no one method to fix a dog. So I researched more. This time I came across positive-only trainers who believed in positive reinforcement rather than force. But instead of falling into the trap of idolizing positive-only trainers, I quickly realized that the best and most effective methods were from multiple schools of thought. I had to trust my gut, apply what I had learned from Cesar and many others, and do what felt right. 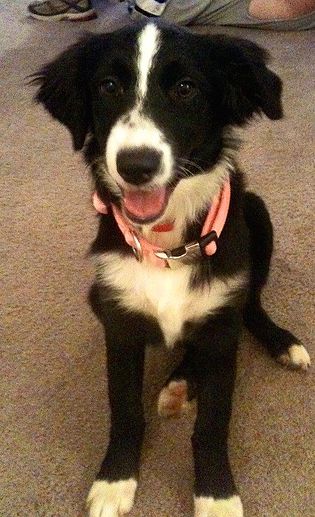 I’ve since attended two very different dog training schools and I’m a certified “Canine Training and Behavior Specialist” as well as a certified “Dual Purpose K9 Handler and Trainer.” I have read countless books, I’ve watched seminars, I’ve read articles, and I’ve worked with trainers all over the country. With all that knowledge, and every time I learn something new, I take what I’ve learned, and I apply all of it, some of it or none of it to the dogs that I train. Sometimes all of it makes sense to me and my gut instinct says “YES.” Sometimes some of it makes sense, and I pick and choose what I like and agree with. And other times, I think the training methods are competely nonsensical, ridiculous and a waste of time and effort. Those are the trainers whose clients usually leave them and end up at my door.

So why do I choose balanced training?
After all, don’t I love dogs? How can someone who loves dogs use a prong collar? And what good can a shock collar possibly do?!

And that kind of work requires knowledge, skill and a 101 different types of training methods.
No two dogs are the same. And every dog deserves a chance to be a good dog, a nice dog, a well-trained pet.

I don’t use 100% positive reinforcement training only, and I’m not old school. 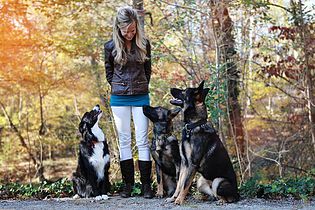 I use the methods that work. I want dogs to enjoy training. I want them to have fun. I want them to be happy, and balanced, and free of the stress of aggression and fear. Positive reinforcement training works great. But it doesn’t work great for every dog in every situation. Thousands of dogs have been euthanized because positive reinforcement trainers said they COULD. NOT. BE. TRAINED.

Old school trainers start with a choke collar and end with a cattle prong. They use force and punishment to train dogs to fear them enough to obey. Watch the dogs that have been trained by old school trainers. What does their body language say? Are they happy? Or are they a loaded gun, ready to explode at a moment’s notice? They might be obedient, and maybe there aren’t any treats involved, but is that the kind of dog you want around your children? Is that the kind of behavior you can trust?

Now picture the positive-only dog that couldn’t be rehabilitated.
And imagine the old school dog who won’t look you in the eye.

NO TWO DOGS ARE ALIKE. 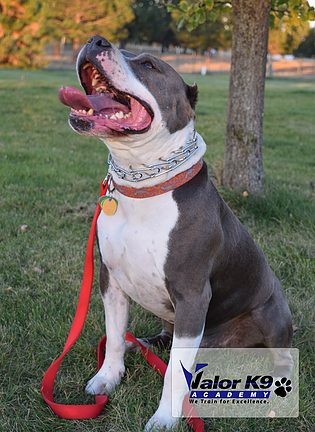 Balanced training uses a positive reinforcement, corrections, and sometimes a combination of both to teach a dog new behaviors, to break bad habits, and to show a dog very clearly with no gray areas what’s allowed and what’s not. A good balanced trainer starts with establishing a relationship with the dog. They build mutual trust and respect. And they use food and praise to teach new behaviors. Once the new behaviors have been taught, a balanced trainer shows the dog different scenarios and proofs the dog’s behavior in those situations. Once the dog understands right from wrong and has a clear understanding of what’s expected, and if that dog chooses to disobey, a correction is given. The level of correction is equal to or slightly higher than the level of disobedience. There are no treats involved, no begging, no bribing. A quick correction to redirect the dog’s mind and help him refocus on the task or command at hand is all that is needed.

Balanced training keeps dogs alive.
I don’t give up on dogs. I don’t ever say that a dog cannot be trained. And I never recommend euthanasia. When I hit a roadblock – I’m not perfect! – I educate myself, I ask questions, and I dig deeper. I think outside the box. I rationalize, I reason, and then I trust my gut. And when that works, the dog is saved. When it doesn’t work, I go back to the drawing board and figure out what went wrong.

I believe in myself.
I don’t doubt myself, and I’m not hard on myself. I don’t take it personally when people disagree with what I say and how I go about things. There’s a saying in the dog training community that the only thing two trainers can agree on is what the third trainer is doing wrong.

When it comes right down to it, dogs don’t lie.
I’ve worked with hundreds, if not thousands of dogs, over the past few years, and I learn something from each and every dog that I train. I can read a dog’s behavior in a split second and tell the owner everything they never knew about the dog they’ve been living with for years. And I’ll tell you now that my clients are happy clients. They trust my methods, they listen to my instruction, and they love the end result.

A few months ago, someone wrote a review of me and my business. A few days ago, after going through training with her dog, she added this: “She truly understands training and dog behavior. Many times, some trainers don’t work for some dogs. Amy’s versatile methods can be used on any type of dog with any behavior.” 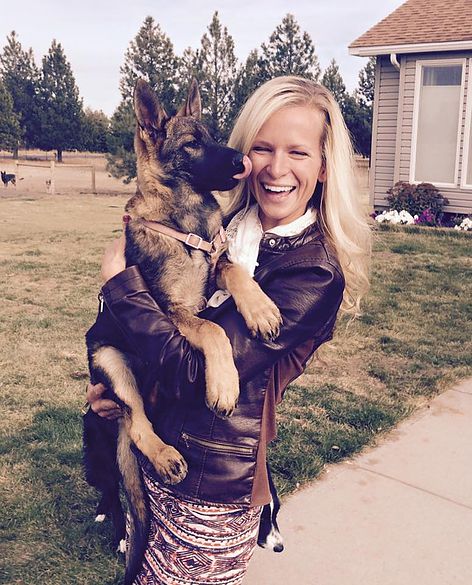