Hi everybody, Amy here! I want to briefly tackle a MYTH in dog training that confuses people ALL.THE.TIME. That is, “Should dogs be allowed on the couch?” The big misunderstanding is that people think they’re breaking all the rules by letting their dogs come up on the couch. They say things like, “I know you’re probably going to tell me not to, but I let my dog on the couch.” The truth is, there’s nothing wrong with letting your dog on the couch. In fact, I break all the so-called “rules” – but here’s the thing: My dogs trust me, they respect me, they understand their place in our pack, and they obey me. We don’t have dominance issues. We don’t have behavior issues. They don’t push the boundaries. They know the rules, and they abide by them.

To be honest, there’s nothing wrong with letting your dog come up on the couch. Cuddling with dogs brings owners great joy! (My dog, Zoey, could win an award for Best Cuddler!) The problem is when all of the things I listed above (trust, respect, pack rank, obedience) aren’t in order, allowing your dog up on the couch puts your dog in a certain state of mind that isn’t healthy. You see, the couch (the chair, the bed etc) are “socially-significant areas.” Think of them akin to thrones; being on the couch elevates your dog’s social status. It makes your dog think he’s equal to (or above you) in rank. If you have a dominant dog, or if your dog is struggling with behavior issues such as reactivity, aggression and/or resource guarding; if your dog won’t listen to you, won’t mind his manners in the house, ignores you when outside – then the last place your dog needs to be is in a socially-significant area. Why? Because you’re lacking the fundamentals of any human/dog relationship: Trust & Respect.

You need to realize that your dog is a pack animal. That means he instinctively craves structure, rules and guidelines. There’s nothing wrong with letting your dog up on the couch if he understands that you’re in charge, that he must listen to you, obey you, respect you. The problem is that THE MAJORITY of pet dogs out there don’t know where they belong in the pack, and a lot of them are yo-yoing between first and second place when it come to who’s in charge. A lot of dogs love their owners but don’t respect them. There’s a vacancy in the Alpha Spot, and they’re ready to step up and fill the position!

When I talk to clients who ask me about the Couch Controversy, I ask them a few simple questions:

Full disclosure: Justin and I will occasionally allow dogs on the couch. We used to allow dogs in our bed (until we upgraded to a down comforter and luxury sheets!), and we feed them table scraps; however, all privileges are doled out on our terms. They must get permission first.

There’s nothing wrong with giving dogs privileges, but add a few basic rules such as 1) The dog is only allowed on the couch with permission; 2) The dog must get off the couch when told. The beauty of setting rules (guidelines, boundaries) is that they’re completely customizable to fit your home and lifestyle.

If your dog has ANY behavior issues WHATSOEVER, you need to strip your dog of all privileges and go back to the basics: Set house rules, have your dog start working for all food, keep your dog tethered in the house, and step up your LEADERSHIP game so your dog knows where he fits in your pack. The NILIF Rule is a good one to follow: Nothing In Life Is Free. Your dog needs to earn everything and expect nothing.

Now, if you’ll excuse me, I’m going to go cuddle with my dogs. 😉 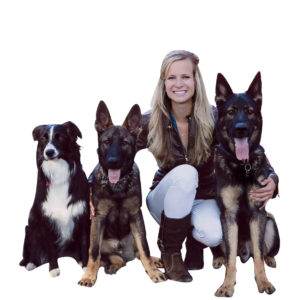 About the Author: Amy

Amy Pishner is the Owner and Head Trainer of Valor K9 Academy.