Justin and I have been blessed with four wonderful dogs (Zoey, Duke, Havok and Yedi). They are like children to us, and on a working level they’re an integral part of what we do here at Valor K9 Academy. Over the next few days, I’ll be sharing their stories so you can get to know them better. First up is Zoey: 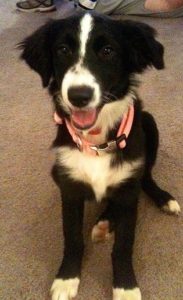 I adopted Zoey in August 2011 from a backyard breeder off Craigslist. He claimed she was purebred but couldn’t produce paperwork, and after seeing the parents at a distance I think her dad was Australian Shepherd, and her mom was Australian Shepherd x Border Collie. That makes her approximately 75% Aussie and 25% Border Collie, but I’ll never really know. He told me she was three months old, but I guesstimated she was closer to five months old. She was the leftover puppy from his previous litter, the puppy nobody wanted. Because her coloring looked more Border Collie than Australian Shepherd, he couldn’t sell her for $450 like he sold the other pups so he gave her away for free.

Zoey was a hot mess. She had been living in this person’s backyard with little to no human interaction. She was filthy and fearful, and she cowered from the man when he dragged her out from under his back deck. She was afraid of him, and she hated his kid who grabbed her tail and pulled her fur. Zoey was in a terrible situation with this man who was clearly not a loving, reputable breeder. I adopted her immediately and never looked back.

Zoey was the most fearful dog I had ever met. She had clearly never left this man’s backyard so everything was new and scary to her. She hid in the back of her crate and peed and pooped on the ride home. When I brought her inside and finally coaxed her out of the crate, she was terrified of everything (the TV, the couch, the table, everything). She refused food and wouldn’t drink water. She shied away from hands and feet, as if she’d been hit and kicked before. Once outside, Zoey entered a state of utter panic. If anyone approached her, Zoey screamed like she was dying, peed and tried to escape. She was afraid of everyone and everything (especially trash cans, plastic bags, vehicles, bikes etc). If it was big, loud or moving, she panicked and ran. On top of that, she hated kids, absolutely hated them. If she saw a kid at a distance, her hackles went up and she started growling at them. As they approached, she barked and lunged at them. I have no doubt Zoey’s “breeder” abused her, neglected her and failed to socialize her. Zoey acted much like a feral dog and, at the time, I was not a dog trainer so it’s safe to say I was in over my head!

For the next year, Zoey was my project. I became obsessed with trying to help her. She had a list of issues: Fear of people (especially men), aggression towards kids (especially toddlers), environmental issues (due to lack of exposure) and general timidity in all situations. She was not a confident dog whatsoever. I worked with her every day: in the morning before work, on my lunch break and every evening after work. Because I wasn’t familiar with different training techniques, I experimented and did what seemed to work and what made sense to me. We did a lot of desensitization and counter-conditioning training to change Zoey’s thinking and, in turn, her behavior. There were lots of setbacks, but there were also lots of successes. Because of Zoey, I learned how to break down her issues into their smallest component to set her up for success, both mentally and physically, which is a skill I use every single day now as a trainer.

After a year of hard work, Zoey transformed into a confident dog who could go anywhere and do anything. Together we were unstoppable. She had quickly become my best friend, and I couldn’t have been more proud of the dog she had become. One of the things I really wanted to do with her was Therapy Work so we signed up to be a therapy dog team at the local hospital. Unbeknownst to me, therapy dogs at this particular hospital actually helped out in the psychiatric ward so patients were rather unpredictable and would scream and throw things, lashing out physically and verbally. Our first visit a patient was petting Zoey then grabbed her fur and wouldn’t let go – we had to pry his fingers off of her. She was terrified of course, but quickly settled back down and continued visiting patients. I made a mental list of the things patients did and added it to my list of things to desensitize her to in our training sessions at home. By the second visit, Zoey was a champ and handled things with ease. I was so proud of her, and the patients loved her. She knew over a dozen tricks and loved performing. By now, she had come to love attention. Zoey had a way with people. She was a gentle soul and on her own would rest her head in patients’ laps and look up at them. She didn’t just look at people, though, she saw their souls. She made them laugh, smile and cry. Seeing my Zoey as a therapy dog, bringing joy to people, made all of the previous year’s hard work worth every second.

Over the past six years, Zo and I have been on many adventures together. She’s lived in North Carolina, Wisconsin, Texas, Indiana, Tennessee and now Washington State with me. She’s an amazing travel companion and has thousands of miles under her belt. She’s confident, fun-loving and adventurous. We’ve tried so many new and crazy things together, and she’s excelled at all of it: agility, herding, protection, lure coursing, rally, search and rescue, service and therapy work. Her titles include: NAC, TDI, CGC, CGCA, CGCU, TDN, TDI and TDA. She knows well over a 100 different commands and behaviors. For the past four years, she’s been my Right Hand Dog and has helped me train and rehabilitate hundreds of dogs.

Zoey’s been with me through thick and thin and is truly a once-in-a-lifetime dog. I’m so blessed and lucky to have her in my life. Her level of intelligence, compassion and intuition far surpass anything I’ve ever seen in a dog. What I love the most about Zoey is that she reminds me of Lady, my childhood dog who taught me what unconditional love is all about. Zoey and Lady are so alike, it’s uncanny. She is my soulmate and the most amazing dog I could’ve hoped for. Zoey is the reason I became a dog trainer; I owe it all to her. 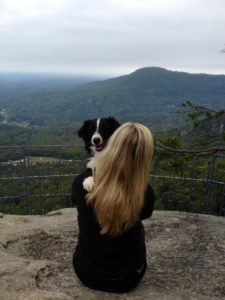 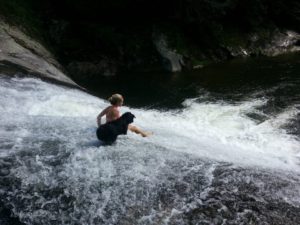 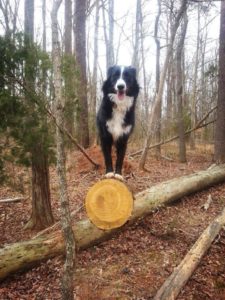 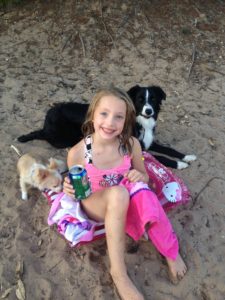 Zoey hanging out with my baby sister, Hannah 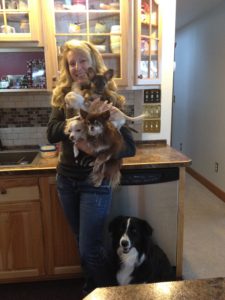 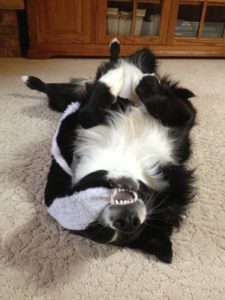 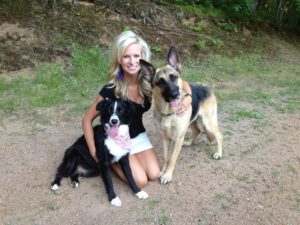 Zoey with my rescue dogs in Texas 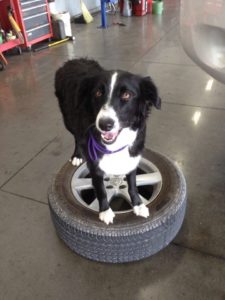 Hanging out at the mechanics while I get my tire fixed! 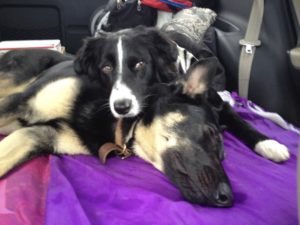 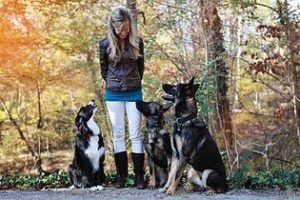 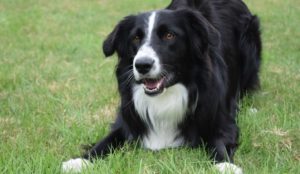 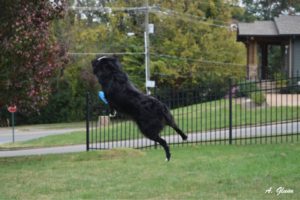 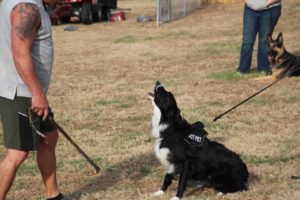 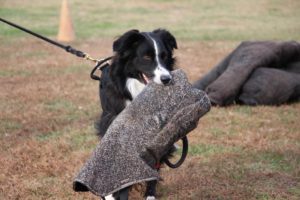 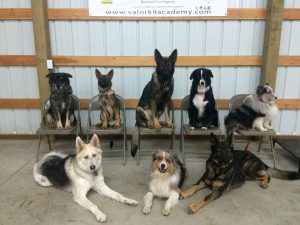 My pack with some of my students 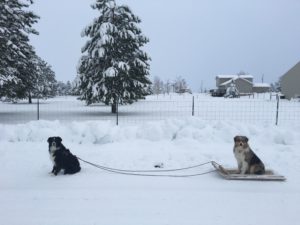 Zoey the sled dog and Yedi 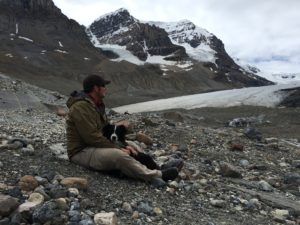 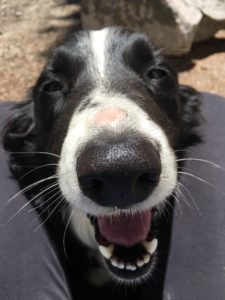 About the Author: Amy Pishner

Amy Pishner is the Owner and Head Trainer of Valor K9 Academy.